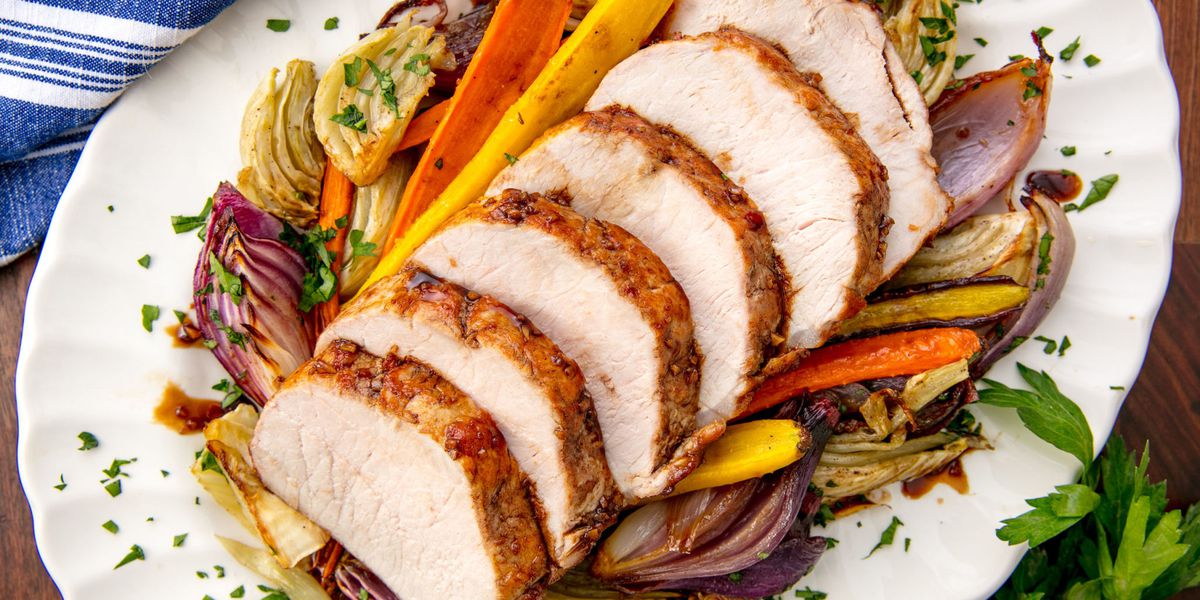 When it comes to solving the “what’s for dinner” dilemma, chicken and beef have long fulfilled the role as consumers’ primary center-of-the-plate protein. While that preference continues to prove true today, pork is certainly giving its forerunners a run for their money.

Consumers are going hog wild for pork products, from pulled pork to bacon to pork belly. The U.S. Department of Agriculture predicts that overall U.S. pork consumption in 2018 will reach a record high of 53.3 pounds per person, which can be attributed to both declining pork prices and the rising appearance of pork across menus and globally inspired dishes such as tonkatsu.

What’s more, changes in quality standards and cooking methods, coupled with consumers’ desire for diverse cuts of meat and flavor profiles, have helped pork emerge from the shadows of its chicken and beef counterparts and into the spotlight. A healthy alternative to chicken and beef, and a mainstay in Asian and Hispanic cuisines, pork satisfies consumers’ cravings for both healthful and ethnic foods.

However, though common and highly desired today in restaurant and foodservice offerings, fresh pork can still be a hard sell in the grocery space due to shoppers’ lack of product knowledge and cooking confidence. As such, retailers have an opportunity to cash in on consumers’ affinity for pork by clearly conveying its health attributes, types of cuts, preparation techniques and flavorful recipes.

Defining Value with Price and Flavor

A surplus of hog production this year—which reached a record high for the March-May quarter, according to the USDA—has resulted in low pork prices, making it a great value for consumers. “Retail trends in pork align to those in other animal proteins—sales growth has been steady as a result of inflation,” says Jarrod Sutton, VP of domestic marketing for the National Pork Board (NPB), based in Des Moines, Iowa.

Dollar sales of fresh random-weight pork reached $5.8 billion in the 52 weeks ending July 15, 2018, according to Chicago-based market research firm IRI. However, while they are significant, those sales represent a 1.1% drop from the same period a year ago. Smaller households, price and portion control have caused a shift from random-weight items to net weight products, says Jen Moyer Murphy, corporate chef for Hatfield, Pa.-based Clemens Food Group, parent company of Hatfield Quality Meats.

Scarborough, Maine-based Hannaford Supermarkets, a partner with the NPB, has driven fresh pork sales by focusing on competitive pricing and messaging, offering an enticing introduction to inexpensive and flavorful pork products. “We have been conscious of particular cuts, such as pork butt and chops, and grown market share—an area [where] we previously had a large opportunity gap,” says Tammy Woodbury, fresh pork and poultry category manager for Hannaford. “NPB messaging included on pack labels and POS have all helped bring awareness in our stores and added an additional protein to carts going to check out.”

Retailers can offer fresh packaged and seasoned pork as an approachable entry point for shoppers seeking to bring their taste for pork into their own kitchens. The marinated category has particularly driven growth for family-owned Hatfield, Murphy says, including its All Natural Dry Rubbed tenderloins and loin filets. “Exciting flavor profiles, easy entry cooking products and inspirational recipes can give consumers confidence and regain their confidence in pork,” she says.

Tender cuts such as pork shoulder, pork loin and pork belly, coupled with Hispanic- and Asian-inspired seasonings or recipes, appeal to consumer demand for affordable, flavorful and ethnic meal solutions. “Pork is relevant in cultural dishes, dominant in ethnic cuisine and plays very well in this type of role,” says Kent Harrison, VP of marketing and premium programs for Tyson Fresh Meats, based in Dakota Dunes, S.D. “It can bring flavor from all around the world to the center of the family dinner table.”

An End to the Stigma

With a mission to increase consumption of pork in the U.S., the NPB examines consumer behaviors to better understand barriers to purchase and ultimately use those insights to drive innovation at the meat counter. The organization recently held its annual Pork Summit in Cedar Rapids, Iowa, in late July, which rounded up dozens of chefs, pork producers and industry experts to share and absorb information on butchering, cooking techniques, health attributes and unique recipes.

On the final day, attendees teamed up for a market basket exhibition, testing the techniques learned throughout the event to create five pork dishes, including a globally inspired entree that could be used in a meal kit and a dish for the hot bar at retail. With meal kits and prepared foods driving growth in other categories of the store, retailers have an opportunity to boost pork sales by repositioning pork for a consumer mindset.

However, their efforts should not end there. In addition to providing innovative products and meal solutions, retailers must offer educational resources—like those presented at the Pork Summit—to help consumers understand the quality and, in particular, the recommended temperature for fresh cooked pork. “Pork has a stigma from decades ago, especially related to proper cooking temperatures,” says Murphy. “As a result, the perception that pork has to be cooked until white is still prevalent, which leads to a tough, dry product and a substandard eating experience.”

Improved standards for animal health and welfare practices have elevated the quality and safety of pork in the past few decades. In May 2011, the USDA revised its recommended internal temperature for cooked pork from 160 degrees Fahrenheit to 145, with a three-minute rest time, which yields a finished product that is pinker in color than most home cooks are accustomed to, according to a statement from the NPB at the time. However, many consumers still tend to overcook their pork as the stigma continues to linger. As such, retailers must offer meat counter experts, signage and cooking instructions to convey these facts and techniques to their shoppers.

One of the NPB’s current campaigns aims to help retailers do just that: reinforce proper end-point cooking temperature of 145 degrees via messaging, video demonstrations and POS signage. “We’ve recently launched an effort with Ahold-Delhaize to reinforce this message in 160 of their stores,” says Sutton. “Pork labels in Giant Martin, Giant Landover and Stop & Shop stores have ‘Grill It Like a Steak’ messaging, and Food Lion kiosks have proper cooking technique videos and printed instructions on how to cook a pork chop.”

While price and flavor are prominent factors influencing consumers’ food purchasing decisions, wellness and production practices—including health, animal welfare and origin—are becoming increasingly important, according to a recent report from data analytics and research firm Category Partners, Idaho Falls, Idaho. In addition to offering product, cooking and recipe information, retailers can offer shoppers a behind-the-scenes look into how hogs are raised to build consumer trust and confidence in the product.

“Consumers are much more engaged with their food with hopes that it connects to their life values and health goals,” Harrison of Tyson says, pointing out that antibiotic- and hormone-free products have seen a volume compound annual growth rate of 14%, according to The Power of Meat 2018 report.

The convergence of health and sustainability was one of the top takeaways from the 2018 Pork Summit, where Leon Sheets, America’s Pig Farmer of the Year, discussed his experience in the industry, including sustainable farming and how animal welfare practices not only appeal to consumers’ demand for transparency but also improve the quality and taste of pork.

Retailers can use digital components to share pork producers’ stories. For instance, Wegmans Food Markets, Rochester, N.Y., recently displayed a video loop of pig farmers on screens in-store, highlighting the pigs’ quality of care from farm to fork, according to a Pork Summit attendee. Allowing shoppers to visualize the animal’s life cycle builds trust in the product and also the retailer. “Share the story,” Harrison says. “The story resonates very well with consumers, while advertising and promotions are incentives to buy.”

Clemens Food Group uses its Pork With a Pledge digital platform to communicate the company’s animal welfare standards, including its safety and sustainability practices, animal welfare standards and product information. “Consumers want to know what is in their food and how the animal was raised,” Murphy says. “This demand for more transparency has led the protein industry to think differently about how they communicate to consumers.”

Customer Service:
customercare@troyers.com
About Us →