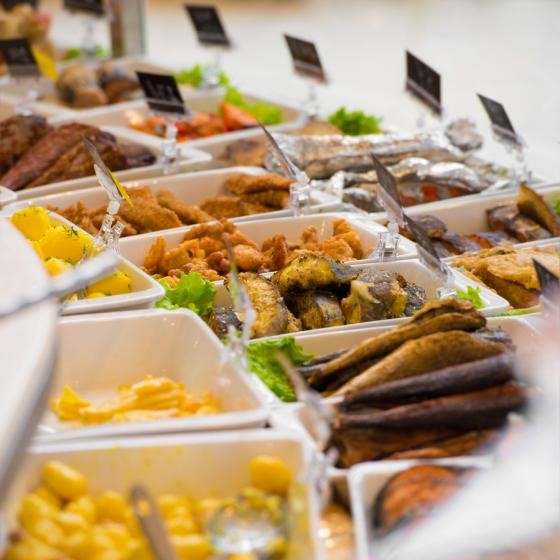 With consumers getting busier with their daily routine, they are wanting more quick meals.  Not only do they want quick meals, but they want healthy and fresh meals.  The quick and convenience of fast food is not satisfying consumers. They want better meals, and who can satisfy this need better than the fresh ingredients of grocery stores.  This trend is rising, and retailers need to be on it.

Fresh and perishable foods generated sales nearly 14 times as high as all online food and beverage sales this year, Nielsen notes in its June 2018 “Total Consumer Report.”
It’s that kind of growth that’s essential for brick-and-mortar success in the food retailing war, and the grocerant is right on the front lines.

Of the top-growing categories in terms of sales during 2017, prepared foods leads the pack, surging 139.5 percent over the prior year to sales topping $36 million, according to Nielsen data. In second place: combo meals, also under the prepared food heading, with 68.9 percent growth to sales of more than $153 million last year.

Sales of food eaten away from home recently surpassed sales of food eaten at home for the first time, and grocery retailers must seize that opportunity as consumers look beyond traditional fast-food and quick-casual dining establishments for meal solutions that are more convenient, healthy and economical.

With access to an ample supply of the finest ingredients and enhanced culinary firepower, grocery stores need to take further steps to enhance the convenience factor for consumers who come in not knowing what they want for dinner — or, as Chef Charlie Baggs describes it, “shop at 5, eat at 7.”

“Every insight study we see tends to agree that consumers generally don’t know what’s going to happen at dinner, the most important meal time of the day for most households, until they are within a few hours of sitting down to eat it,” Baggs, who operates a Chicago-based culinary innovations firm, recently wrote. “Emergence of this food culture shift is due in part to ecommerce shopping, now on an upward trajectory at food retail. Projections keep changing every six months as analysts and pundits predict a tipping point is drawing closer.”

Baggs contends that grocers “need to rethink what business you’re in, and look hard at how shopping experience and food quality must evolve to capture more and more of the just-in-time meal shopping behavior.”

As supermarkets refine the in-store experience, they give consumers reasons to shop more often.

“The meal answer is going to go somewhere,” Baggs says, “and you want it to be from you.”

Examples of grocery retailers pulling out the stops in prepared foods:

Grocerants appeal to all age groups, including the coveted Millennial cohort; according to Progressive Grocer’s own consumer survey reported earlier this year, about 40 percent of both younger and older Millennials said that they purchase supermarket prepared foods often, along with a quarter of Baby Boomers and a third of Gen Xers.